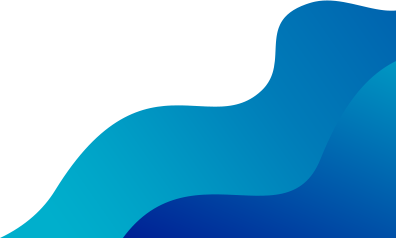 Starting as a small manufacturing team with only three employees

SEMCO was started in 1985.The office was a two-room apartment with a monthly rent of 40,000 yen. At the time we set sail, the company had only three employees including former President Soda. They had no connections to secure financing, however they had brain power and footwork that were second to none. With this confidence, they each utilized their own knowledge, technologies, and experience to establish a manufacturing company for level and flow control.
As they regularly told themselves that “first of all, give it a try” and “if we think we can do it, we can do it,” they dedicated themselves to their work and slept most nights at the office. Because the members did not have individual assigned roles, they always thought, created, and sold together, engaging in an all-out battle to succeed.

Former President Soda: The founder said to be a genius

The founder of SEMCO was former President Soda, a true engineer at heart. He showed signs of talent from a young age, with his science projects receiving newspaper coverage while he was still a boy.
In his previous job, he was a sales engineer at the Swedish trading company Gadelius. Initially, he was in charge of importing Swedish industrial machinery. When the company started domestic production from the 1960s, he really hit his stride. He investigated customer needs and applied his own ideas to design and develop a wide range of devices. The steam trap that he worked on at age 27 became patented.
When a customer came to him for consultation, he would come up with a concept overnight. People called him a genius, and said it was like he had technical drawings inside his head.

The key to the rapid growth of SEMCO was the design and development of a float type level indicator. This device helped improve the environment and ensure safety inside the ship. It created an ideal environment that allowed everyone involved, including the users, ship designers, and equipment installation personnel, to work safely and efficiently.
When it was completed, the members of SEMCO immediately began making frequent visits to NYK Line, the top company in the shipbuilding industry. They worked intensely over a period of six months so that their product would be adopted on the ships owned by this company.
Beginning with this success, float type level indicators expanded to one company after another in the industry.

The company continued to move forward by designing, developing, and selling new devices. he members visited shipyards of all kinds to sell their products, and worked steadily to pry open doors.
At a time when inexpensive products were the mainstream, SEMCO products were initially unpopular due to their “expensive” price. However when the customers actually tried using them in the workplace, they found them to be convenient and safe. Maintenance was also easy, and it is said that customers began to appreciate the value after they were surprised by the high level of quality.
SEMCO continued to steadily expand its share of the market. Eventually, it became the top supplier in Japan.

Relationships of trust built based on a direct approach: Fuel for growth

The approach of the founding members to manufacturing was intense, and involved many sleepless nights whenever orders came in. If there was a part that was described by a customer as slightly hard to use, they would go in the middle of the night to replace it with an improved part that they had produced right away. In addition to the quality, this level of service also connected them to the customers with strong relationships of trust. However actual manufacturing was contracted to suppliers. For this reason, the members worked through mutual assistance with the persons who accurately gave real shape to the drawings which they had in their heads, as well as everyone else who they worked with, constructing good relationships with them.

Now, SEMCO is working to preserve the customer-focused manufacturing and professionalism from the time of its founding while moving on to the next stage.
Creating Something New. Expanding Together.
The corporate color of blue (Sweden Blue) comes from the company color of Gadelius, where the founding members worked before. The meaning of Sweden Blue is the blue of the sky. Bearing the blue that expresses the spirit of soaring in the sky and operating a business that transcends national borders, SEMCO pledges that it will make further great advances.